Jan 01 Posted by Matt in Fishing

Happy New Year to you all. I have nearly finished another family holiday in beautiful Yamba. What a place for a family holiday! The weather has been kind delivering family friendly surf and a few good fishing days. Fish have been hard to find, with only a few really good feeds of fish in a couple of weeks. Species have been varied and I have really had to try hard to find fish and have used different methods than I may normally use. 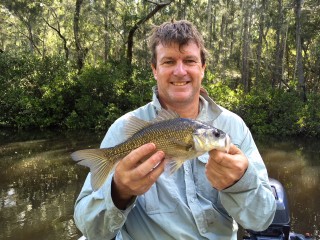 I've only landed two blackfish, and have had some long fishless sessions. I was talking to one of the regular rockfishing old timers, and he reckons it's the quietest summer in 30 years. I would agree with that, its seems the fish have not come back out of the rivers yet, or at least they aren't biting off the rocks. 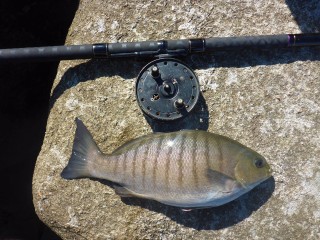 The flathead have been thick, but finding the bigger fish has been the issue. With enough time and local help I would find them, but so far have had to sort through a lot of small ones. I caught 25 in one session, all on lures, with only two legal! Very hard going indeed.

I resorted to rock fishing and beach fishing with beach worms. They have been quite plentiful on the low afternoon tides and I even taught my son Daniel how to catch them, he managed to pull two out on one afternoon! My tactic then was to fish the worms light in the corner gutters of the beach and in the potholes on the rocky headlands. Bream were relatively plentiful and good size around the 30cm or better. Also a couple of whiting and the fish of the trip. 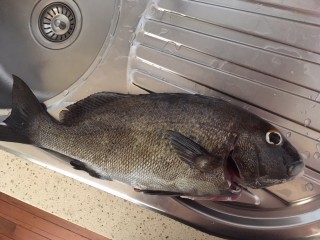 I caught something I have never caught before, a Gold Spotted Sweetlip. It fought like a black drummer and even looked like one in the wash, and at 2-3 kg was a solid fish. These are really nice to eat, not that much different to a black drummer which I hold in high regard.

The real success has been in targetting surface bream and bass in the lower Clarence rivers and creeks. I won't name names in here, you will have to use Google and brains, but anything with a freshwater upper section will hold bass, estuary perch and bream. I used one lure, the Tiemco Soft Shell Cicada to catch a dozen or so bass and twice as many bream. None of the fish were huge, 320mm the biggest bass and 300mm the biggest bream, but great fun watching the fish sip and smash the floating lure. The technique holds no great surprise, wack the lure in nice and tight and let it drift with the current into any snags or undercuts. 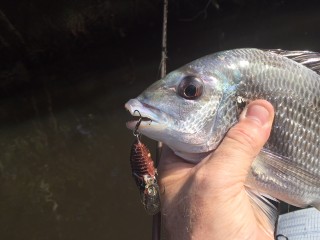 The bream will hit the lure 2-3 times before hooking themselves and the bass usually just nail it the one time. It's great fun and very addictive fishing. I find drifting with the tide works well, and just use the electric to reposition at a good distance from the bank.

My last explore was a session in the river with beach worms on New Years day. I was fishing around the high tide in the Oyster Channel and Shallow channel. Final tally, 5 undersize Mulloway and a 40cm plus whiting. Interesting if not overly successful, pretty hard to get 70cm plus fish! 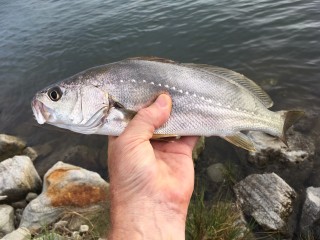 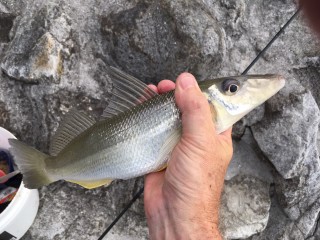